According to a report from Bloomberg (h/t Drudge),


"Libya's opposition called for a cease-fire after the U.S. said it’s withdrawing aircraft used to attack Muammar Qaddafi’s forces following adverse weather that prevented strikes allowing Libyan loyalists to push back rebels.
Libya’s rebels would accept a cease-fire if their demands for freedoms are met, said Mustafa Abdel Jalil, head of the rebel National Transitional Council, during a news conference televised today from their stronghold of Benghazi.  . . .  The rebel move comes one day after Mike Mullen, the chairman of the Joint Chiefs of Staff, said U.S. jets, won’t be flying with NATO forces over Libya after April 2. Mullen said planes would be made available only if requested by NATO. "
If this is true, and not just some sick April Fool's joke, we have just been defeated in Libya.  I have thought and think this intervention is idiotic, our interests do not justify it, but, as noted in my March 31 post,
"[O]nce we intervene, committing our people, treasure, and prestige, we have a national interest in obtaining success. We now have to win, and the other side has to lose, or our enemies around the world will be emboldened to act against us." 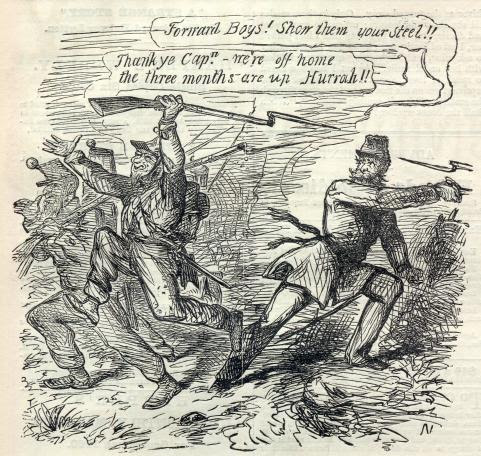 If we allow Qaddafi to remain, and are seen as selling out our unknown Libyan allies, there will be hell to pay. Think PanAm 103. Think oil-rich Qaddafi reconciled with Al Qaeda. Think endless grief.
This is why liberals should never undertake military interventions.  You do not go hunting to wound; you hunt to kill.  A hurt bear can be a lot more dangerous than a dead one.
Woodrow Wilson established the liberal tradition of interventions with his asinine, half-hearted, and poorly planned invasions of Mexico, and with his grotesquely inept handling of the negotiations at end of World War I.  That is the Wilsonian tradition.  We do not want that; but that is what we have, and we have it on steroids.