Please, Lord, is There an Off Switch?

The Obamatons just can't stop yapping, can they?

The impact and benefits of the remarkable taking out of Osama are being undermined by a seemingly endless blathering coming from administration spokesmen with--as we have highlighted in prior postings--widely divergent accounts of the raid on Abbottabad. It is one thing for there to be leaks, and off-the-record briefings that diverge or even dispute official accounts. That's the way of Washington, and of most modern capitals in the 24/7 news cycle in which we all live. It is quite another to have official after official going on the record with different and often directly contradictory accounts of the raid.  Is there no person who knows how to do "strategic communication?" Never mind that, let's get more basic, is there no person who can throw an off switch and stop the noise?

Was it really necessary to say anything official beyond, "We got him. Here are the photos?"

Now the latest gambit is revealing to all that US forces picked up all sorts of intel goodies in the Osama man-cave. Who was the genius who revealed that we found phone numbers? What do you think has now happened to those phones?  Why did we have to announce the taking of computers, hard drives, discs, and documents? Why? Do the geniuses in charge of this fiasco think that the bad guys aren't listening? That they don't know how to adapt? This is criminally irresponsible, and could put people's lives at risk. 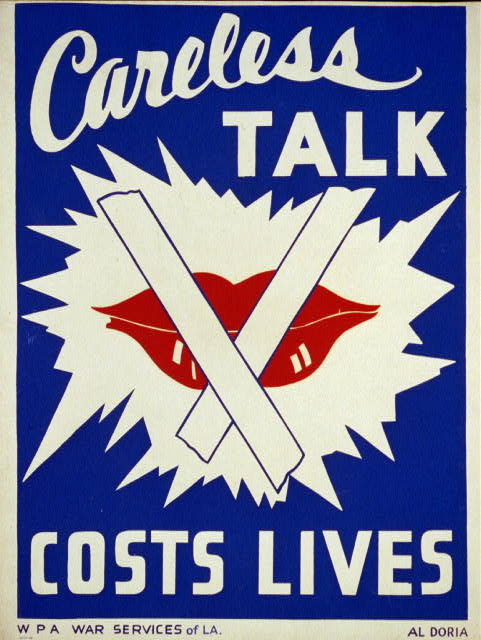