Just recovering from all the travel. Had been out of touch from much of the news, so, please forgive my shock on discovering that I had mistakenly traveled back not home but to a bizarro version of home.

When I left on my trip a couple of weeks ago, Barack Obama was the President who had incurred the greatest debt in American history. He and his acolytes assured us that the best way to save was to spend. In the bizarro world in which I have landed somebody presuming to be Barack Obama is now proclaiming himself madly in favor of reducing debt and of examining with a critical eye every Federal entitlement program.

I am confused. Who has stolen our Barack Obama? Or could it be that he has used his vast intellect and powers of reading comprehension to absorb the language of 1984. "Spending is saving." "Debt is good." "Taxes are revenue enhancements." "Eighty percent of Americans want to pay higher taxes."

What?
Posted by DiploMad at 5:12 PM 9 comments: Links to this post

The Trunk of Prometheus

A Death in Texas

Just reading that last night the State of Texas put to death "Mexican" national Humberto Leal Garcia for the 1994 rape and murder of a sixteen-year-old girl. This execution took place despite efforts by the White House, the Government of Mexico, the UN, the OAS, a host of NGOs, and others to halt the execution because Leal had not been notified at the time of his arrest that he had the right to consult the Mexican consulate. He reportedly died yelling, "Viva Mexico!"

I agree that the execution of Leal last night is an outrage.  He should have been executed about fifteen years ago.

In the course of my career I have had to deal with stories such as the Leal case. Almost always they involve somebody here illegally who commits a heinous crime, and is not even particularly aware that he has the right to contact his consul.  In many cases, the Leal case seems to be one, the criminal is not even aware that he is the national of another country, as he has been in the US for many, many years. Leal apparently arrived in the US as an infant. The access to the consul issue only arises late in the process when slick appeals attorneys, looking for anything to save a murdering scum client, discover the matter of the consular access. This is a bogus issue. Some Texas sheriff does not have the obligation to advise a detainee that he has the right to his nation's consul. That is something for which the detainee needs to ask: IF he asks, then the police have the obligation to pass along the request to the appropriate embassy or consulate. There is no evidence that Leal asked, and, of course, none that Texas law enforcement denied his request to see a Mexican official. Should the police notify the German, Irish, or Italian Embassy every time somebody with a German, Irish, or Italian name is arrested? Should they automatically assume that anybody arrested who "looks" Mexican is a Mexican?  Anybody with a Jewish name should have the Israeli Embassy notified? Can you see the law suits over racial profiling? Lawyers would get rich (er)!

In addition to all that, what does access to a consul entail? The consul shows up, if he does; hears out the arrested person; checks to see that he is not being treated any differently than any other prisoner in similar circumstances; offers to notify family in the home country; and then tells the arrested person to get a lawyer.  That's about it. Nothing in this is germane to the case or to the process that was followed.  The consul has no bag of tricks that would have saved Leal.

So this brutal rapist murderer died praising Mexico, eh? Gee, that must send a patriotic thrill up the leg of every Mexican citizen. Here's a suggestion for Mexico: keep your murderers home, and then you can give them access to the wonderful Mexican system of justice.

UPDATE: I see from some comments and emails I have gotten that there is a misunderstanding. Local law enforcement is  not obligated to investigate a detainee's nationality. The arrested person must make known that he is a foreign national and wants to see his consular representative. Leal never did that.
Posted by DiploMad at 11:32 AM 4 comments: Links to this post

Sudden travel has popped up.

Blogging will be light, but I will try to say something not too stooooopid. 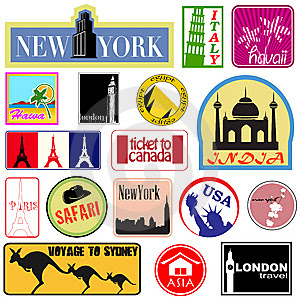 Posted by DiploMad at 8:01 PM 2 comments: Links to this post

Gangster Rap: Chavez Speaks from the True Capital of Venezuela

Sean Penn, Michael Moore, Joe Kennedy, and Oliver Stone must be breathing sighs of relief and gratitude.  Hugo Chavez lives! The Don of Venezuela went to Cuba where he was operated upon for a mystery ailment. After days of silence, he has emerged and spoken. He reports that he underwent successful surgery in Cuba for some sort of cancerous tumor. He assured his supporters that while he convalesces in Havana he will continue to govern the country.

That has led some opposition figures inside Venezuela to cite the Constitution, noting that he cannot be absent from the country for such a long period of time and that the Vice President must take over.  This argument is humorous for two major reasons:  First, Chavez respect Constitutional limits on what he wants to do?  Oh, poor, poor deluded child. That is not the Chavez way.  Second, Chavez is governing from the true capital of Venezuela, Havana. It's all one big happy 21st Century Socialist Family, don't you know?  Chavez provides the Castro brothers capital, and they provide him a capital where he is safe.  He is safe both from the mean streets of Caracas, now among the most violent on earth, and the ministrations of potentially politically unreliable doctors in Venezuela.

Don't you love the men of the people? When, for example, crazy leftist Forbes Burnham of Guyana got sick, he got himself some Cuban doctors--he had minor throat surgery and the Cuban docs ended up killing him, so he might have been better off going to Massachusetts General. When Castro was at death's door in 2006, he spared no expense in bringing Spanish doctors to save him from his Cuban ones. When Chavez gets sick, he, too, hightails it out of the country. Now we can all understand when rich, corrupt, rightwing dictators go abroad for medical treatment, but aren't these lefties supposed to be of, by, and for the people? Aren't they giving their people the wonders and glories of socialism, including state-run medical services? In fact, the Chavez-drafted Constitution declares health care a right, and obligates the state to provide it. [Aside: Once we get Obamacare, to where do we hightail it?]

Anyhow, Chavez has reemerged, underlining in the process, the continuing US failure to deal with this Andean gangster. I blame Bush and Obama.  Bush suffered an uncharacteristic failure of nerve, i.e., he listened to the career Foreign Service at the State Department, and emboldened Chavez. Obama, of course, has no interest, at all, in opposing Chavez, and is perfectly willing to sell out our key interests in Latin America to this gangster and his friends. We have never established "red lines" for Chavez's behavior, and like a mean dog, or a petulant child he keeps pushing, trying to find the boundaries. They do not seem to exist.
Posted by DiploMad at 10:16 AM 4 comments: Links to this post