At War with the History of Mankind

Apologies for light blogging. Sick dogs is my excuse, yet again. One has developed a nasty limp and we have been taking him to the vet; going to see a specialist later this week and hope he doesn't recommend surgery. The other dog has developed a small lump on his muzzle; we are having the vet do a biopsy and are waiting for the results. As I have said before, I hate it when my dogs get sick or hurt. I feel guilt and that I have let them down--although I did buy them a Chevy Silverado pick-up truck with a Century Hi-C cap to transport them around in comfort. Fingers crossed for both of my big goofy guys--the best friends a person could have. 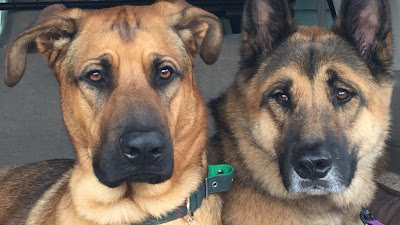 Anyhow, all this got me reflecting on how progressives are at war with the history of the human race. PETA, of course, under the guise of great concern for animals wants, among other things, to end the man-dog bond that goes back thousands of years. PETA, as is well known, is similar to Planned Parenthood (PP), to wit, an organization that has little if anything to do with its stated lofty goals.  Instead, PETA, PP,  and others are just agents of the most extreme portions of the progressive movement and its war on the history of humanity. They exist to destroy that which exists, especially if it brings joy and happiness and individual freedom.

Listening to some progressives go on and on about nature and Gaia, and of the need to crush economic growth, I can't help but think of the great line from American comedian Jim Gaffigan, "Camping was a tradition in everyone's family until we invented the house."

Above all else, the history of mankind is one of struggle against nature, against Gaia. Wearing clothing, seeking shelter, hunting animals, creating agriculture, building cities, developing medicines, and devising public health schemes, among others, are all efforts by mankind to defeat nature and, yes, to overcome Gaia--a murderous entity if ever one existed.

I remember when our AID program got it into its head to provide poor farmers in Africa and Asia with environmentally correct solar powered miniature ovens. Total disaster. The farmers did not want the things and much preferred cooking with wood, kerosene, coal, etc. Rich, well-fed bureaucrats and NGO activists in America and Europe had decided what poor people abroad needed to ensure that their carbon footprint did not adversely affect global climate. This is not unlike the virtual banning of DDT which allowed malaria, dengue and other insect-borne diseases to return with a vengeance--sacrificing the poor in poor countries on the altar of progressive-liberal political correctness,


I provide the following bumper sticker, "Liberals love humanity and hate people." Oh, and by the way, liberals will get you killed. Yes, killed. Modern liberalism kills people, and does so by the millions, all in the name of humanity, of course. It should have a warning label that asks you not to practice liberalism at home, or something along the lines of "I am a trained professional, do not attempt liberalism on your own."

Liberals hate all sorts of people but their special, most lethal hatred is reserved for the poor and the "uneducated." They kill the poor by the bushel, by the ton, by the hectare . . . they kill them at home and abroad. No poor person is safe from the lethal loving embrace of the liberals.